Rishi Sunak has, by omission, declared that jobs in the creative arts and live entertainment industry are not viable.

Despite bringing huge amount of revenue into the tax coffers, theatre, concerts, cinema – it’s all for nothing. There is no support.

The entertainment industry is dying. You say our jobs are not viable, but you are so short sighted.  You have not looked at the bigger picture. You’ve not imagined the repercussions in years to come.  This isn’t about any single company going under.. this is about an entire INDUSTRY!

Can you imagine in 20 years, life in the United Kingdom without British music?  Without British cinema?  Without West End theatre?  It’s what you’re laying the groundwork for – this will be your legacy.  A bleak miserable future.  Imagine state controlled radio and television.  I suppose you have, and the idea appeals to you..

British music is revered all over the world..  Could you imagine yourself having lived without the Beatles? Without the Rolling Stones, Led Zeppelin, Elton John? Would you like to tell Ed Sheeran or Adele they’re not viable any more?

My point is that you’re making it sound too clean.  Too clinical.  “Unviable jobs”.

There are people behind those jobs.  Valuable people. They are not unviable.
I have made many friends in my time doing what I do. I care about the people I meet in my work. Many of them have been doing their jobs even longer than me..  and THEY have made many friends over the years too.  It is not just jobs that you are stripping.  It’s friendships, a sense of purpose and well being. Being a part of something..  you’re not taking away just their jobs, their livelihoods..  you’re tearing apart friendships, companionships, and communities.  They are NOT unviable.

So the industry has to take a break due to Covid-19..  that’s fair enough. You can’t be blamed for that.  But people are losing their jobs..

People I know and care deeply about are losing all they’ve ever known..  People who keep concert goers safe, despite working zero hour contracts and being on standby at a moments notice..  event management – people who have been doing the same job for over 20 years, in despair at the thought of losing their jobs and having to retain in another field, because you say they are not viable.

What is the plan for when the pandemic eases and restrictions are lifted?  Yeah – I reckon Ed Sheeran might be well up for going out on tour and getting the industry back on its feet, bringing in valuable funds to your tax coffers…. But how can he do that, when the thousands of people who he relies on to put on the show have gone on to other careers?

Think about that Mr Sunak.  Hopefully the pandemic will be over one day.  But there will be NO-ONE left who is capable of running the industries you’re letting collapse.  It doesn’t matter what British talent there is..  They can’t do it alone, and those are the people you claim are not viable. The ones who will be relied on to rebuild it before it gets back to normal.

Do not kill our industry.

You’re bound to have seen the photo..  the cheeky inquisitive grin that has been used as a million Facebook avatars.

If you haven’t heard about it – the TL;DR version is basically professional wildlife photographer David Slater (http://www.djsphotography.co.uk/) invested a considerable amount of time and money following a group of crested black macaques on the island of Sulawesi, Indonesia.

After setting up his camera gear (a lot more intricate than I make it sound here), a group of the macaques started playing with it – and one monkey, named “Ella”, took this now iconic photograph.

Slater discovered the website Wikipedia using the photo without permission or license, and rightfully attempted to enforce his copyright but in a travesty of justice, was declared NOT to be the owner of the copyright in the photograph.

Because the macaque triggered the shutter release, and is declared the “creator” of the image.  But can a monkey hold a copyright?  It has been decided that it can’t – so the image is, so far, not copyrighted [correction: in the eyes of Wikipedia and various lawyers, is not copyrighted].  I don’t agree however.

I firmly believe that Slater IS the owner of the copyright in the image [Slater confirms the image is registered with the U.S. Copyright Office, and is therefore copyrighted until such time as the certificate is revoked].  He invested the time, money and effort..  he set the camera in place and made the settings, according to the environment and light conditions. He created the correct environment for the photograph to take place.

Technically, correct.  So then, consider this image:

This photo won the World Wildlife Photographer of the Year 2009 competition, although Rodriguez was later stripped of the prize for alleged infraction of the rules (it is claimed the wolf was not actually wild, but tame).

The copyright in Rodriguez’s photograph has never been disputed or challenged.

In 2006, National Geographic photographer Michael ‘Nick’ Nichols took a photo of a Serval Cat on the banks of the Salamat River in Chad, which won the World Press Photo of the Year award in 2007.

Michael uses camera traps not just to give an intimate and rare glimpse of beautiful wild animals, but to also raise awareness for conservation and environmental issues.

Copyright is important to photographers like Michael, and publishers such as National Geographic who often fund and comission many of these shoots, or similar projects that serve a great importance for knowledge and understanding of our planet and environment.

If the rights to these works are threatened, then the potential consequences are severe.  A lack of funding will no doubt restrict the ability of photographers to reach the destinations, let alone spare the time or maintain the equipment necessary to get there and document ecological issues that ultimately concern us all.

Yet the above photo, taken by the action of the cat triggering the camera shutter would, theoretically at least, mean that Michael would lose the copyright to the image, as he did not trigger the shutter.

In 2016, the BBC aired a much anticipated sequel to the multi award winning and nominated nature documentary, Planet Earth.

One of the most exciting, and highly publicised highlights of the series was the amazing footage of the elusive Snow Leopard in the Himalayan mountains.

At approximately 1:50.00 in the above video, you will see the camera team setting up a number of cameras traps, and leaving them, for months at a time.

The photographers and videographers were not present during the filming..  they admit that they left the cameras in the remote wilderness for several months “and hoped for the best”…  so who owns the copyright to the resulting footage?  The BBC rightfully claim copyright – yet the animals physical movement triggered the camera shutter release.

If David J. Slater is stripped of his copyright on the basis that he didn’t personally hit the shutter to capture the resulting image, then what rights do the BBC have to the footage created by the snow leopards?  What right do landscape photographers have to stunning images of fork lightning cutting through stormy skies, created with lightning triggers?

There is, in essence, “prior art” in the question of should the photographer owns the copyright to the Monkey Selfie….  for years, photographers and film makers have taken images without manually triggering the shutter themselves.

When the camera is transported thousands of miles, the photographer tracks the subject for days, configures the settings such as ISO, shutter speed and aperture to account for the lighting conditions in that specific scene; when the raw file is downloaded to a computer, captioned, and given post production tidying up before exporting to a file format suitable for publishing – is the photographer not the creator of the image, in the same way the photographers and film-makers are creators and rights owners of images triggered by animals remotely?

I’m sure the BBC would insist they are, and I can’t image them giving up the copyright to “Planet Earth II” footage lightly.

And also don’t pay much attention to the PETA case, an egregious waste of money from a supposedly charitable orgranisation that squandered thousands of donors dollars on a frivilous case, purportedly representing the monkey in a lawsuit against Slater – the validity of which is brought into question, whether the monkey being represented, Naruto, is the same monkey that took the selfie.  Slater claims the monkey was not the male Naruto, but a female called Ella. That case was dismissed in January 2016 yet PETA spent more of it’s donors funds to appeal the decision, which was heard on July 12, 2017 in San Francisco.

Here’s hoping common sense prevails and David Slater is rightfully reunited with the copyrights to his work.

Your comments are welcome. 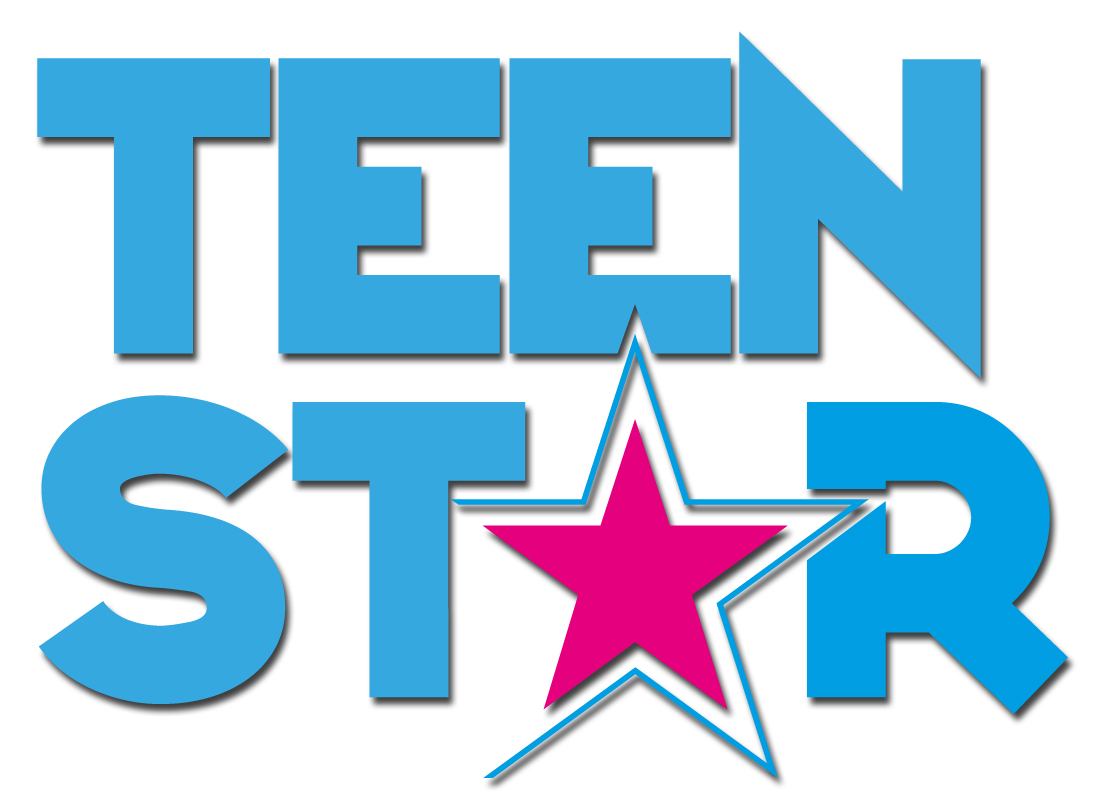 New for TeenStar next year is a dance category! TeenStar are now welcoming pre-teen and teenage dancers around the UK on the lookout to find the best movers and shakers! Their dance categories include 12 years old & under, 13-15 years old, 16-19 years old, and various age dance groups!

TeenStar consists of a UK wide search for the finest young talent the UK has to offer, with TeenStar audition dates being held across the country. The competition culminates in a spectacular National Grand Final, which in previous years has been held at The NEC in Birmingham, and within The O2 in London.

The TeenStar competition attracts over 9,000 entries each year.

END_OF_DOCUMENT_TOKEN_TO_BE_REPLACED

Status Quo perform in concert at the Barclaycard Arena, December 5, 2015.

END_OF_DOCUMENT_TOKEN_TO_BE_REPLACED

Seal performed an outstanding set, supporting Duran Duran at the Genting Arena on Friday, 4 December 2015 – Even ensuring the fans got some up close and personal attention..

END_OF_DOCUMENT_TOKEN_TO_BE_REPLACED

All photos are © Jason Sheldon / Junction10 Photography. ALL Rights reserved.  No reproduction without permission.  Licenses available for editorial use.

END_OF_DOCUMENT_TOKEN_TO_BE_REPLACED

@Faithless came back from a 4 year hiatus with a fantastic performance at the Barclaycard Arena, Birmingham on 2 December, 2015.  All pictures © Jason Sheldon / All Rights Reserved.

END_OF_DOCUMENT_TOKEN_TO_BE_REPLACED 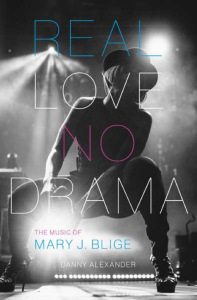 “title aside, nevertheless has a very dramatic cover).” 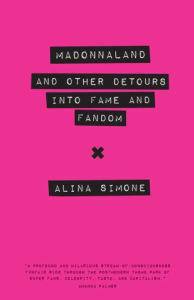 I’ve had a blast on the “Comin’ Right at Ya” promotional front this month, including a very nice event Wednesday night at Quail Ridge Books in Raleigh that drew a kindly attentive full house. I read a bit, took questions and repeated some of Ray Benson’s jokes, which tend to be a lot funnier than my own jokes, so it worked out great. Of course, I also couldn’t let the crowd go without getting in a plug for Kristin Hersh’s “Don’t Suck, Don’t Die: Giving Up Vic Chesnutt.” I even told them that if they could only buy one book, it should be that one instead of mine (sorry, Ray, but know that we sold plenty anyway).

Everyone in the University of Texas Press orbit is still pulling for “Don’t Suck, Don’t Die” and the rest of our current titles to break out. Hope springs eternal, but pretty much all of that…

I was on a short holiday with my family last week when I was alerted to a breaking story about Taylor Swift changing her contract..

Various people claiming “You’ve won, she’s backed down”, “Well done!” “Great to see her knocked down a peg or two”……  Well, let’s slow down a bit..

Firstly, it wouldn’t be great to see her “knocked down a peg or two” at all..  I don’t believe she has been knocked down a peg, nor does she deserve to be.  She had a bad contract in place which was highlighted due to her publicly criticising Apple for trying to enforce an egregious contract on her…
She said the right thing, at the right time.  Just under the wrong circumstances.